After the success of last year's festival we were super excited when the day finally arrived and we set off for the Townlands Carnival, a music festival held relatively locally.

To be honest getting ready was stressful.
We planned to go for 4 nights, with the trailer tent, a new baby and an extra child. I felt like we spent the week before preparing, days of washing and packing and checking lists.
I felt anxious about camping with Ena, knowing it would be fine really, but a fear of the unknown.
Finally we were ready though and set off.
We decided to arrive the day before the festival and leave the day after it finished minimizing the stress as much as possible also making the most of our time away. It was a good move. We left home much later than we had expected and arrived around dinner time, tired, hungry and still with lots of unpacking to do, none of which I could help with as Ena needed me.
Still I was glad we did it that way because it meant we were set up and ready before the festival began and we could relax and enjoy it.
It was so full, every moment filled with excitement and adventure and newness. We made so many new friends and tried new things. Heard great music and danced in the mud.
There were pockets of calm, lying in the tent with Ena and Joa, reading stories or playing. There were lovely moments around the campfire toasting marshmallows. There was the camaraderie in our little group of tents, huddled under awnings and around the campfire, sharing meals and washing up and child care. There was much laughter, and play, and friendship, and dancing and rain and shouting and smiling and eating, too much to even remember all in one go.
So I will let the pictures jog our memories... 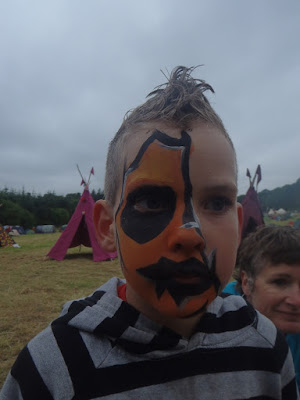 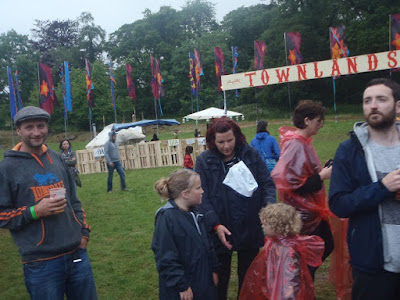 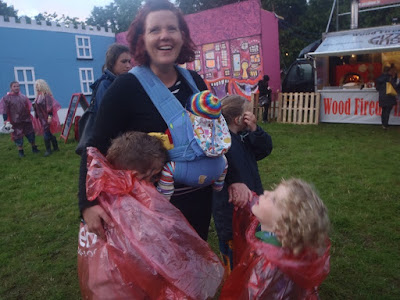 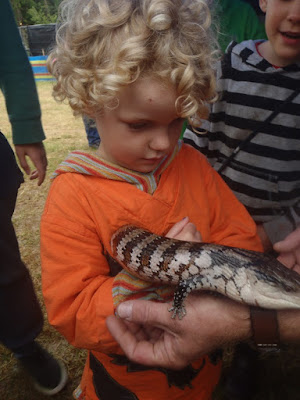 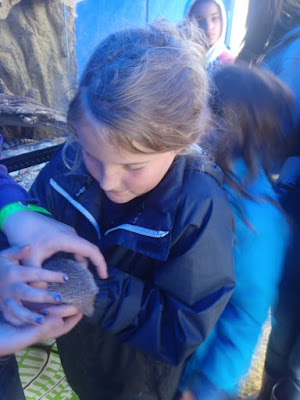 It was great, Ena was a brilliant festival baby. At times I felt a little jealous of the beers being drank and found it difficult needing to sit in the tent at times to shelter and rest with her while others were out partying. But it was better than I thought it would be and easier than I feared it would be and we made wonderful memories and had great experiences and made brilliant friends. It would have all been easier if the weather had been on our side, but thanks to slings and babywearing raincoats and the helping hands of everyone around us, we truly enjoyed it. 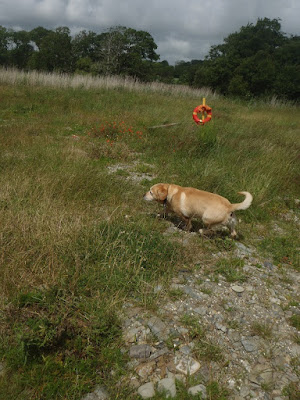 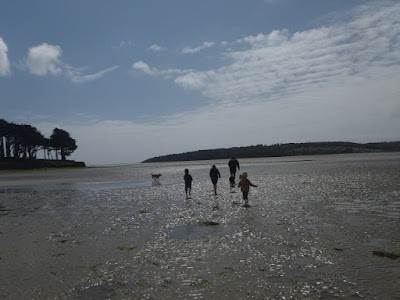 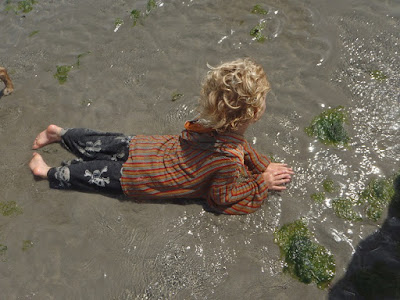 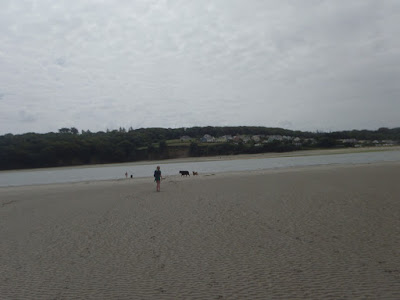 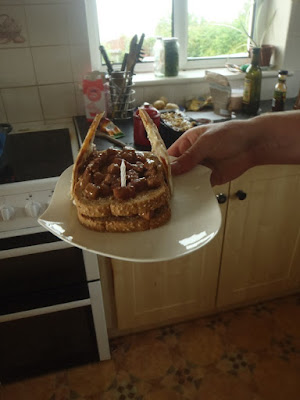 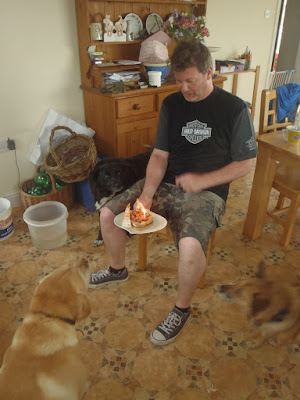 On the 4th of July Captain was 10 years old.
We decided to spend the day doing something he would love, so we all piled into the van and drove over to the other side of the estuary. The tide was out so we could walk all the way onto the sand bank opposite our house. We walked for hours. The wind was strong but the sun was also strong warming the water in the pools, making it a delight to walk through barefooted. In fact so inviting that Joa lay down to play. The dogs ran for miles, so did the kids.
We had bought carrot cake from the local market that we cut with a tiny pen knife and ate by the chunk. And because dogs can't eat cake when we got home again we made Captain a cake of his own from dog food and bread.
Captain is Garry's dog. His love for Garry is so plain on his face. He will listen only to him and quite often looks at me with an expression that says 'Who do you think you are? I only have one human, and it's not you!'
He is a lovely dog, gentle and so, so patient with the children (and our other dogs). He is happy to just do his own thing, never being needy, but always giving his love and attention.
I am so grateful we have him in our lives and I am so grateful to him that he has been a constant in Garry's life for so long. I am grateful that he was there for Garry, in his strong and steady way, at the end of the day, no matter what had happened, and that he has loved him unwaveringly for the last 10 years and will continue to do so. 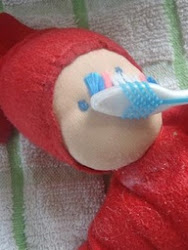 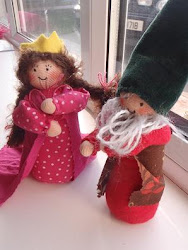 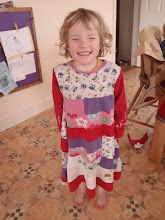 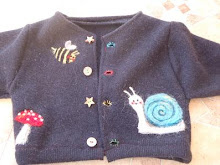